Advantages of the South West for Jobseekers

Advantages of the South West for Jobseekers 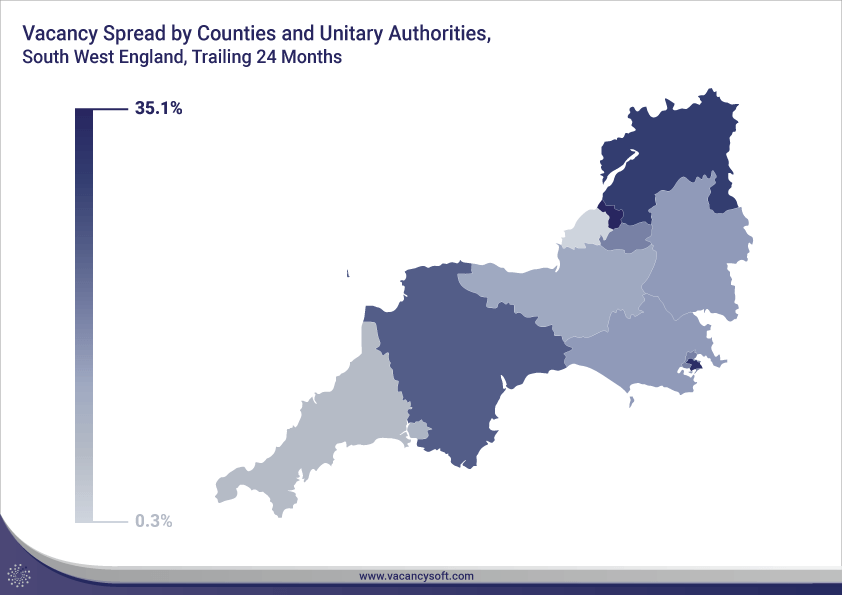 What is the shape of the job market in South West England? Which sectors are seeing the most vacancy activity, and where is it forecasted to decline? Which professions are the most in-demand?

While the UK economy may be facing a slowdown, the advantages of the South West’s vacancy market may yet overcome the challenges. The region’s high job growth and low unemployment mark its potential for development.

The National Careers Service predicts the number of employed people to increase in the South West, mostly due to rising demand in tourism and engineering. Healthcare is also a key element of the market as the region has the UK’s highest proportion of people over 65. Even despite the higher age dependency ratio, the unemployment rate was lower by 1% and the percent of economically inactive was almost 3% lower than at national level.

An analysis by the European Commission draws a line between the counties in the north and the south, the former being technology- and finance-oriented, while the latter are more reliant on tourism and agriculture. Indeed, the bulk of vacancy activity occurs within the Bristol-Swindon-Bournemouth triangle, as the first two form part of the M4 corridor. Banking is the region’s largest sector by professional vacancy count, focused in the busiest cities.

While the overall number of vacancies in the South West is on the rise, companies with fewer than 500 employees saw especially sharp growth, with year-on-year change of 18%. Meanwhile, the trend in the South West overall was equal to the England & Wales average, at growth of 6%.

Professions that grew the fastest year-on-year were HR (by 50%) and Marketing (31%), whilst the profession with the most vacancies was IT.

The future of the region’s economy may be quite different than what we know today, as Financial Services are forecasted to reduce employment in a Brexit scenario. Nevertheless, other market segments remain vibrant, and the government is pushing investment into Devon and Cornwall to even out intraregional differences. The South West may also benefit from its appealing tourist destinations, with record numbers of Britons choosing a “staycation” over foreign travel in 2016.