As the UK approaches it’s EU end game, so the legal sector is seeing its own challenges. For city lawyers, banking has been a mainstay of work where any issue the Financial Services faces has the potential to be deeply disruptive to the sector.

With this, we see the demand for banking lawyers also increasing in 2018 significantly, however in a warning sign, Q4 2018 was the worst since Q1 2017.

One other trend emerging which can be seen is that to move where possible roles out of the capital, even in an area traditionally as London-centric as banking law. As banks themselves look to move operations to less expensive locations, are the lawyers now being forced to follow suit? London still in 2018 created 68% of all banking vacancies in law firms. Is there the expertise outside the capital to move more work to other UK locations?

Within the banks, we see activity in 2017 holding steady through the year and only dipping in Q4, where it then picked up again in 2018, but has been in decline as the year progressed, with Q4 2018 at a 2 year low. In terms of the legal vacancies within the banks we see a similar pattern, where recruitment activity ended up being in decline in 2018 also, mirroring the trend seen in the wider corporate governance roles. 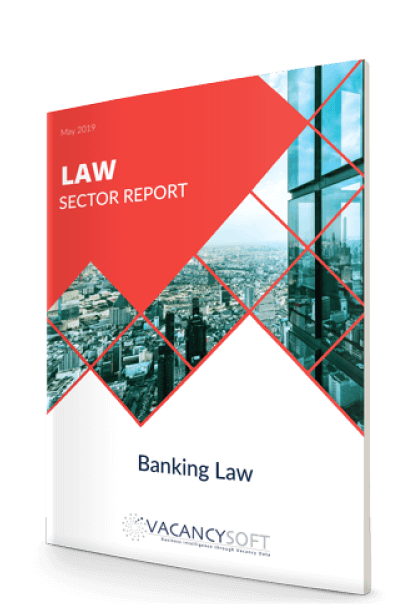 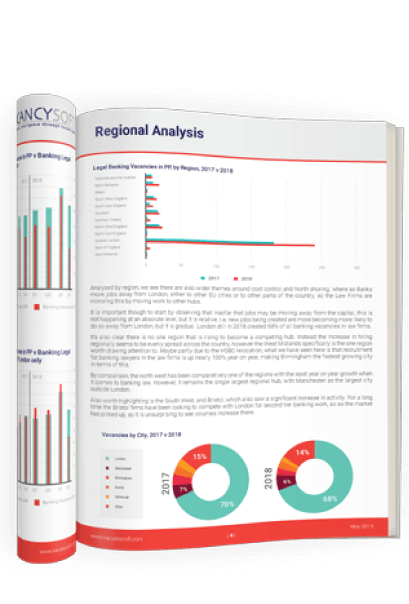