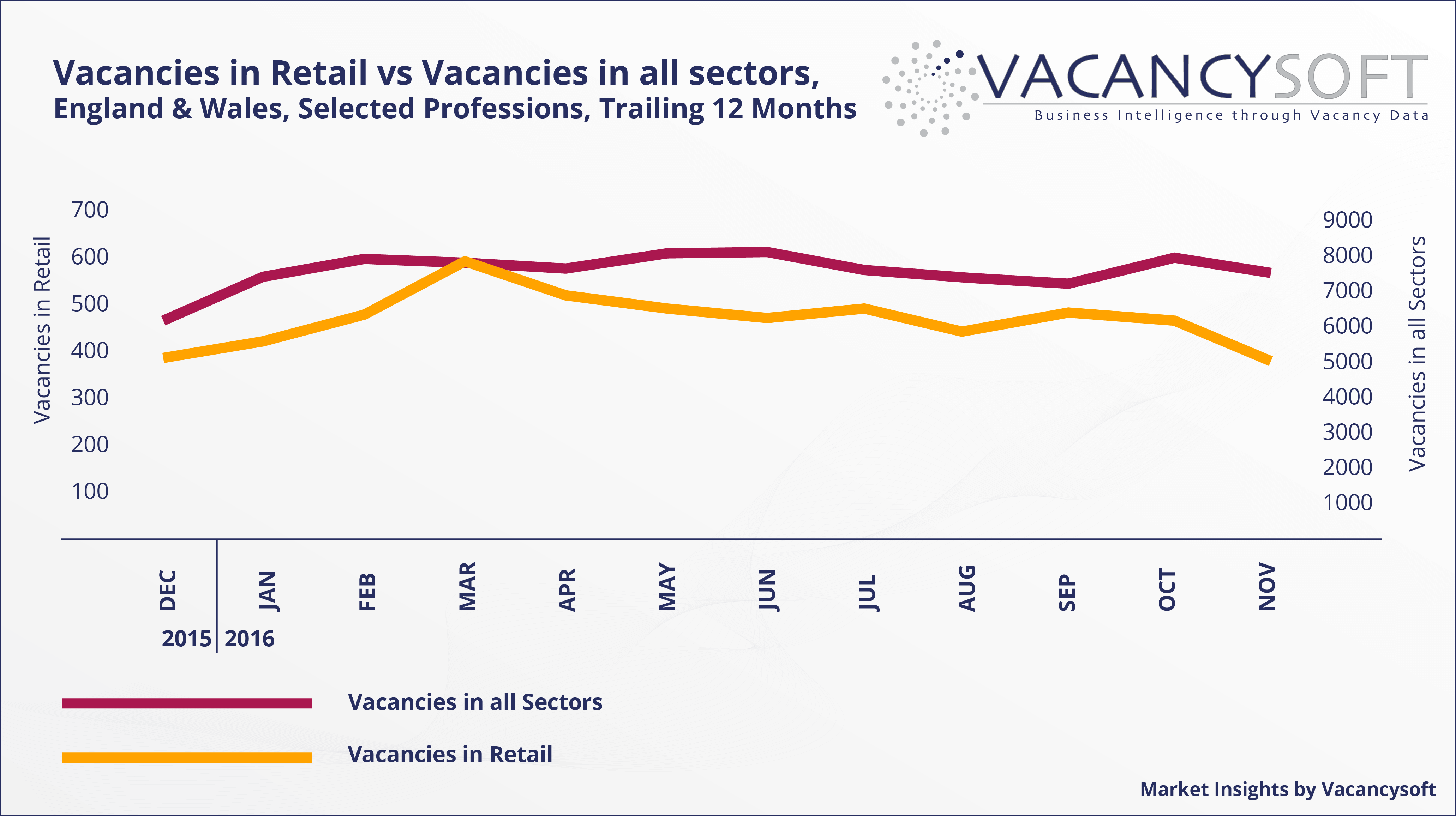 Christmas is around the corner, what kind of can we see in the pre-holiday job market? And how is the data for 2016 looking, given the year’s political turbulence?

The events of 2016 do not seem to have significantly affected consumer confidence in the UK. Consumption in the country boomed after the Brexit vote and does not seem to be slowing down in the Christmas season. Retailer John Lewis saw its highest weekly revenue to date on Black Friday, hitting nearly £199.8m, up 6.5% from the same week in 2015. Also, Barclaycard reported a 3.6% year-on-year increase in credit card spending in the third quarter of 2016. A study in November predicted that the UK may lead the way in Europe in holiday spending, with a forecasted total of some £77.56bn.

Data from Adzuna found a significantly higher-than-usual number of seasonal vacancies, meaning there are more opportunities for part-time temporary work; the flip side being lower salaries and fewer professional vacancies in Retail companies. Vacancysoft data confirmed this pattern, with professional openings in Retail seeing a 12-month low in November.

The professional vacancy market is expected to shrink in December and pick up again next January, which is a pattern that is repeated every year. However, this year the first two weeks of December have seen 2% more vacancies in England and Wales than the same period in 2015, and 15% more than in 2014, suggesting a busier Christmas season than usual.