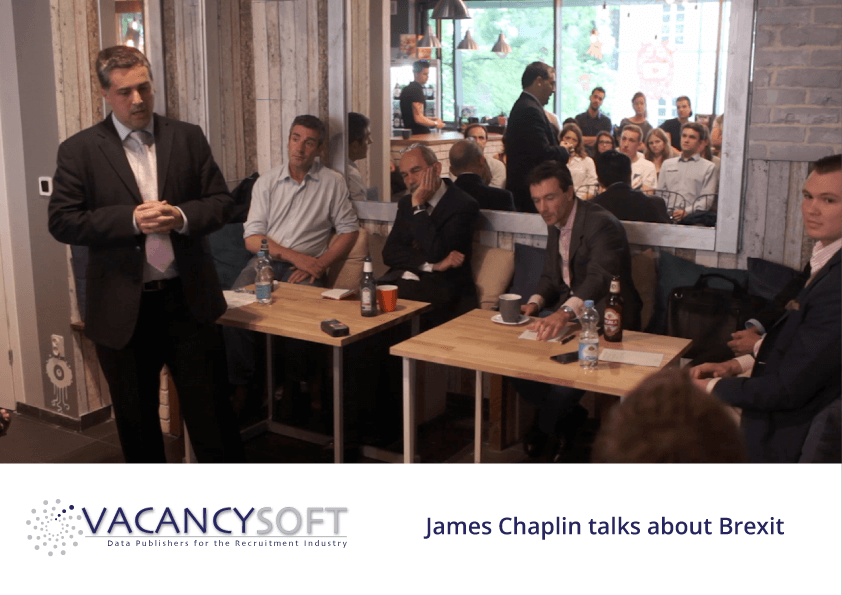 In the James Chaplin is presenting his arguments to convince people to vote remain.

As the referendum day draws closer, tensions rise on what could be one of the most significant events of the century.

When David Cameron first called the referendum it was used as a gambit to neutralise the right wing of the Conservative Party that worried about being outflanked by UKIP at the General Election on EU related issues. When Cameron made that decision, the perceived risk of the UK actually voting to leave was so small that it was seen as an acceptable approach, especially when the Conservatives ended up winning the 2015 election, with UKIP primarily winning votes away from the Labour Party in their core heartlands, whilst having minimal gains against the Tories. Since then the probability of the UK leaving the EU has increased resulting in the vote now being on a knife-edge.

What has led to the surge in support for the ?

Firstly, there can be no hiding from the rise in rhetoric culminating in the tragic shooting of Jo Cox. UKIP have run on a platform promoting immigrants taking people’s jobs, homes and access to health and education. Indeed net migration into the UK has consistently averaged over 100k since 1998 which has put a strain on state resources, resulting in people feeling increasingly disenfranchised and angry. It is this anger that UKIP has tapped into, where a Britain can be for British people first. It is revealing that the imagery used by UKIP to promote this message has more in common with Nazi Germany propaganda than anything else, which raises profound questions about what kind of values we want to prevail in our society. Baroness Warsi previously backed Leave but this morning said that the “hate and xenophobia” of the Leave campaign had gone “too far”. Interestingly, the rhetoric seems most focused on communities where these communities have formed regardless of the EU.

Now I am going to ask a question. How many people in this room know someone Polish that moved to the UK to advance their career and has integrated successfully into the UK?

Let us remember that the way the UK makes its money is through Services & High Tech Industry. For the UK to be a global leader we need to have the best talent globally. The brain drain from other EU countries to London and the South East has meant that is now the case.

Take Pharmaceuticals, say GSK. It is also irrelevant whether we have a trade deal or not. If GSK has a drug under exclusive patent, that is critical for medical treatment, countries will buy from them regardless of whether there is a trade agreement. Given the biggest buyers of Pharmaceutical drugs are National Health services, we would not see an uptick in volume either, as whoever wants that drug would have been approached already! GSK currently has access to the best and brightest minds from across Europe leading to the IP being generated in the UK increasing, meaning being in the UK then improves our Balance of Payments! There is no guarantee that a points system would work in the way intended. If you look at the USA skilled work visa, there is a fixed quota that once filled prevents against any further application that year. Typically Bigger corporations buy the spots and they are all filled by May…

BENEFIT OF MIGRATION TO SERVICES

For context, take Professional Services, it is irrelevant whether we have a trade deal or not. If a company in Dubai wants to do an Acquisition and decides to use Slaughter & May for the transaction, there is no trade deal that covers that, equally there is no barrier to trade either. A trade deal would not cover this kind of activity. The UK leaving the EU with a view to boosting exports would see no visible benefit from Professional Firms.

Also the fact that London has cornered the market on Financial Services in Europe, especially in Euro denominated trades, across FOREX, bonds and equities. It was only last year the French went to the ECJ to argue that only countries using the Euro should be allowed to conduct Euro denominated trades, they lost. There is no doubt that if the UK left the EU, this court case would be refiled to prevent the UK from having a banking license on the Euro. This is not a mild threat. Switzerland has been denied one, despite lobbying for it aggressively. It is estimated that in total approximately 250,000 jobs in Financial Services are linked to our EU membership.

BENEFITS OF MIGRATION FOR ENTREPRENEURIALISM

This is specifically pertinent for FinTech, now the fastest growing sector in the UK, where there has been a 500% vacancy increase in the last twelve months. When analysed these companies, by visa regulations are able to appeal to people across Europe to work for them, where technical skills have no language barrier. is sufficient, the key is can they code? This is likely to trip up people on a visa application as some certification guaranteeing A1/2 standard is probable.

Then factor that many of the founders had moved to the UK from EU countries for jobs, where (see above) there is no guarantee that the visa regulations would work and potentially we are not only limiting our ability to staff this sector, but also to attract the next generation of founders. For example, Transferwise, one of the FinTech Unicorns, was founded by Estonians. Many other of the leading FinTechs were also founded by nationals.

All of this has meant that since the UK joined the EEA in 1973 our GDP per capita has grown at double the speed of USA, Australia and Canada, the countries the Brexiters would like us to emulate!

On a ‘human’ level I also worry workers rights in the UK if we leave. Take a look at the people leading the Brexit movement. Nigel Farage, Boris Johnson, Michael Gove. They all have one thing in common politically, to give more power to employers and less to workers. “End the Brussels red tape.” talk about Brussels Red Tape, specifically the aspect that impacts employers the most. The Social Chapter.

The social chapter was only passed into law because of the EU, as a we have paid vacation, statutory maternity leave and many other rights which we may take for granted, but could well come under threat if we left the EU. David Cameron is on record as saying that the social chapter would be repealed if he was able to. Why? Well if companies can drive down the cost of human capital this is the most expedient way to boost productivity… An Americanised economy awaits. Having lived in the USA in 2005, I am categorical in saying I don’t think that would be a good thing.

In summary, it is clear that the UK benefits more than it costs us, so I have no qualms in urging you to vote remain.

Vacancysoft is the only business intelligence tool focused on monitoring client portals to provide you updates on their activity.

Contact us to find out how we can help you.