As the Pharmaceuticals industry in the UK adjusts to a post EU future, the impact on Clinical development is as of yet unclear. Despite the political uncertainty, clinical vacancies within the UK are at all time record levels, up 31% on 2017.

Analysed by sector, it quickly becomes apparent where the growth is being driven from, with the Clinical Research Organisations increasing their vacancies year on year by 63% for clinical roles.

Within CRO’s the most common roles are to do with CRAs, with Senior CRA’s, CRA’s and CRA II’s making three of the top four role types, where between them, vacancies were up 57% year on year. 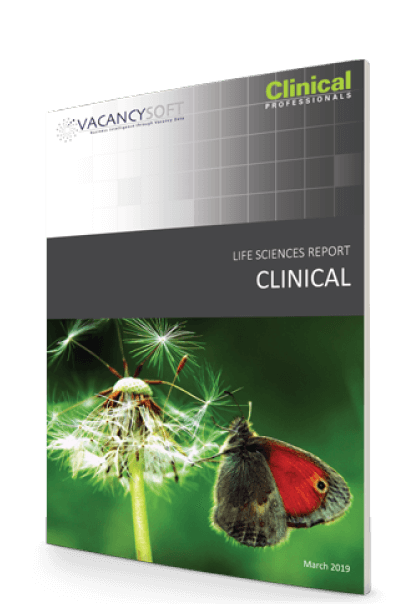 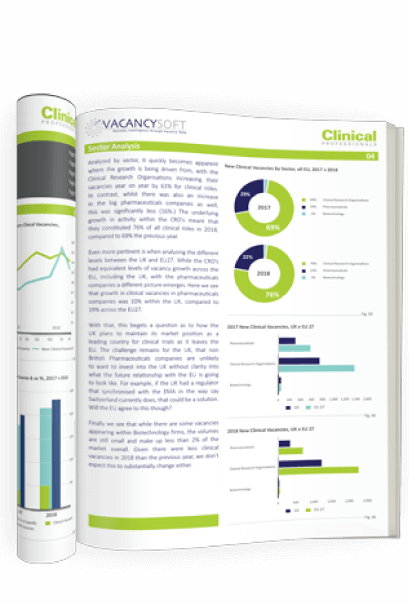