Key trends emerging out of the UK in 2017 include: 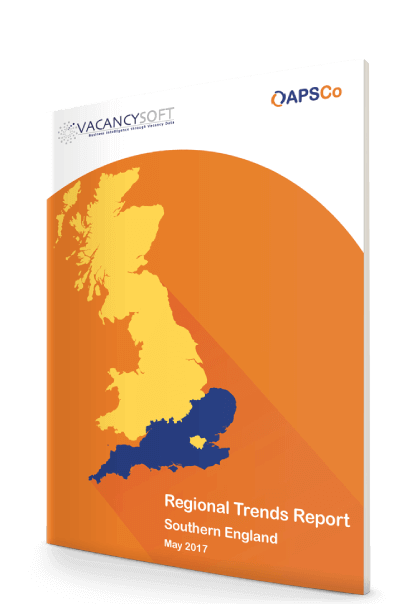 The May edition of the series of reports which are co-produced by APSCo and Vacancysoft and cover the regional employment markets looks at Southern England (excluding Greater London). Now that we have data for three quarters since the Brexit referendum and one full month since the triggering of Article 50, what effects can be noted? Which cities in the regions are seeing better than the average vacancy levels? Which are having a tougher time? Of the professions, which are doing particularly well in terms of the number of new openings in the South? Which companies are on the list of the twenty largest sources of professional vacancies in the regions over the last 24 months? And how well, or badly, did those firms do in terms of change in numbers of new posts in the 12 months ended 30 April 2017?

← Trends in e-commerce Quantitative Vacancies in the Financial Services Industry →