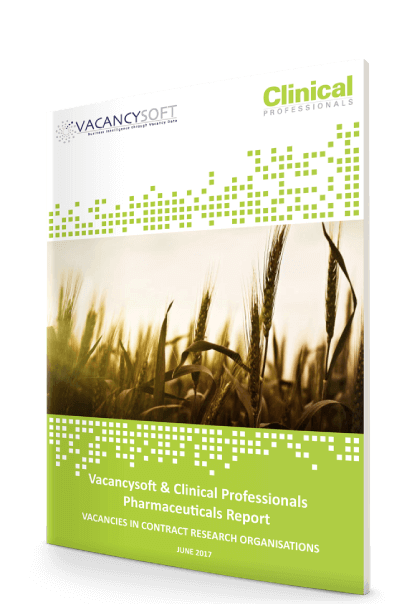 The latest edition of the monthly reports on recruitment in the Life Sciences industry which are co-produced by Vacancysoft and Clinical Professionals looks at 15,702 vacancies announced by Contract Research Organisations in 37 European nations over the period between 1 May 2015 and 30 April 2017. Which countries had the largest numbers of new openings in CROs? Which countries showed the best change in numbers of vacancies and which had the fastest growth rates? What kinds of specialisms were CROs in those countries looking for? Which sub-specialisms were most in demand? Which particular companies had the fastest growth in vacancies and which had the largest falls? Were bigger or smaller companies in terms of headcount where increased numbers of new openings were to be found? The answers to all of those questions and more can be found in this report.