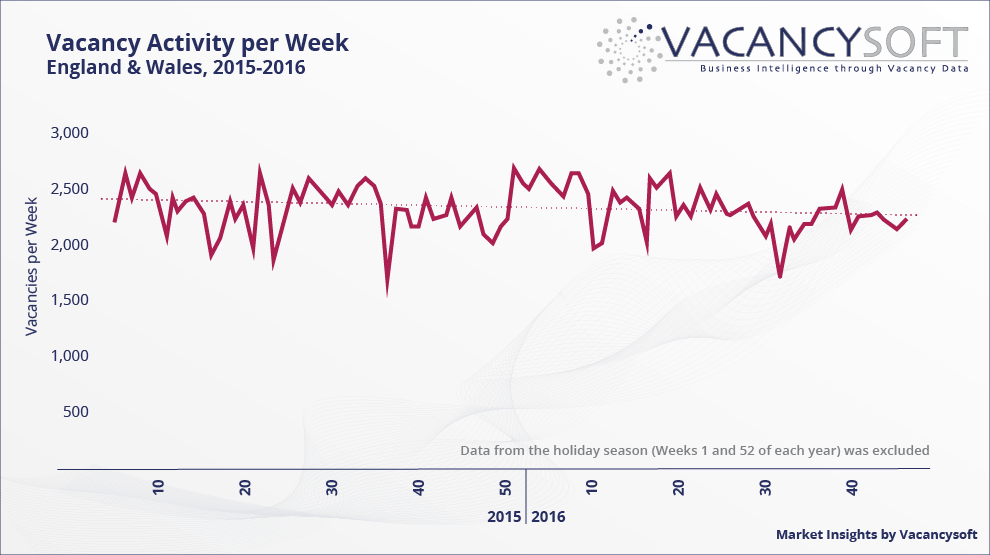 Vacancy data from 2015 and 2016 in England and Wales shows high volatility when broken down by week. Over the two  we saw distinctly different patterns, as hiring activity was affected by political turmoil in addition to the seasonality we normally expect in the job market. To put that into context, in 2015 summer was a period of increased hiring activity, with not a single week seeing fewer than 2,400 new openings. 2016 had a similar period only in Q1.

The vacancy market started out better in 2016 than it had in the previous year, and the growth lasted throughout the run-up to the referendum. However, the number of newly announced posts fell in the second half of the year, reaching a low point in August.

The Unemployment rate was at a decade-long low in 2016, and analysts highlighted other issues, such as inflation growth and the flattening of the labour market, that could affect recruitment by various sectors in 2017.