One of the top priorities for the last Government was to rebalance the economy through the creation of a northern powerhouse. As a result of that, significant investment was planned around housing, transport and technology, while at the same time a new fund was created dedicated to growth projects. Despite recent changes in political leadership, the commitment to the northern powerhouse remains in place, with Theresa May promising to put the whole machinery of Government behind the project. 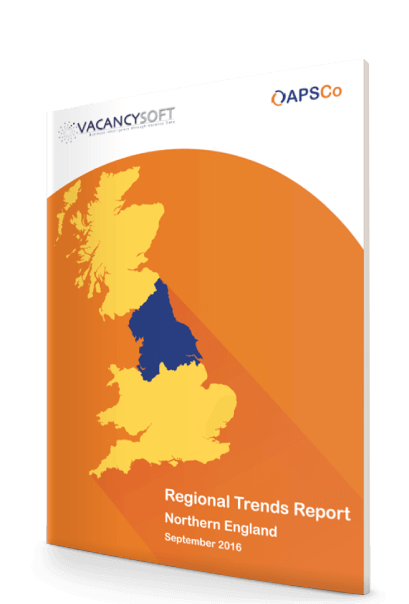 Indeed according to a regional economic survey by RBS, the North West is now the second fastest growing region in the country, with investments starting to pay dividends. Overall vacancy activity across the north has outpaced the rest of the country, with the rest of the UK constituting 85.9% of vacancies in 2016 so far compared to 87.1% last year. This is because of a marked increase in vacancy volume in 2016 compared to last year, with the majority of the activity being across the North West and Yorkshire.

Otherwise the most noticeable point to emerge from the data is the spike in activity that happened in spring, where volumes were over 30% higher than their monthly average this year. Whilst activity has been slightly lower since the referendum, this has coincided with summer, so it is hard to say how much of that is seasonal and how much is because of the result. What is noticeable instead is that this summer we witnessed a 50% increase in vacancy volumes compared to July & August 2015. Is this a sign that the northern powerhouse is starting to take shape?