In this we have focused on Corporate Governance vacancies in Internal Audit, Compliance, Legal, and Risk Management. We found 8,100 vacancies advertised by the financial services industry between January 2014 and June 2016 which includes the to the EU referendum but not the Brexit result. 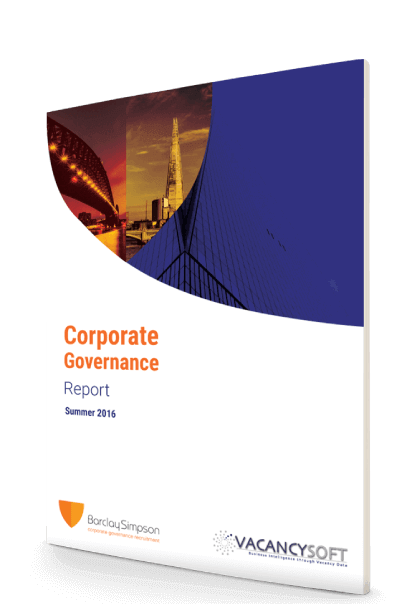 A trend across all areas of corporate governance was the fall in the number of advertised vacancies in the final quarter of 2015. The fall was not caused by a drop in confidence or a deteriorating economic environment, but a natural slowdown that occurs after a period of catch-up. On this occasion the catch up was from the Euro crisis that had stalled the corporate governance recruitment market in 2012 and 2013. By Q1 2016 the number of advertised vacancies was rising again in all but internal auditing. Whilst the number of risk vacancies was someway from their pre-Q4 peak, internal audit vacancies were still down almost 50% from their peak in early 2015.

In vacancy terms the largest of the four areas of corporate governance reviewed is risk management which represents 45% of all the vacancies advertised.

In terms of where vacancies were generated investment banks and asset managers, which we grouped together, accounted for two-thirds of the vacancies. Retail and corporate banks were the next two biggest sectors. Large companies (those with headcounts of over 5000) have generated nearly 90% of the vacancies in our data. However, the number of vacancies generated by smaller companies (those with headcounts below 5000) relative to larger companies is growing strongly. They accounted for only 11% of vacancies in 2014 but in Q1 2016 this had risen to 19%.