Apart from a spike in the third quarter of 2015, due to a rise in QA and Medical Affairs roles, the market exhibited a consistent upward trend resulting in a year-on-year growth of 29%. Within this Marketing and PR vacancies saw the strongest growth with a 45% year-on-year increase, followed by Scientific and Sales with 28% and 30% respectively. The weakest performing segment was Procurement. 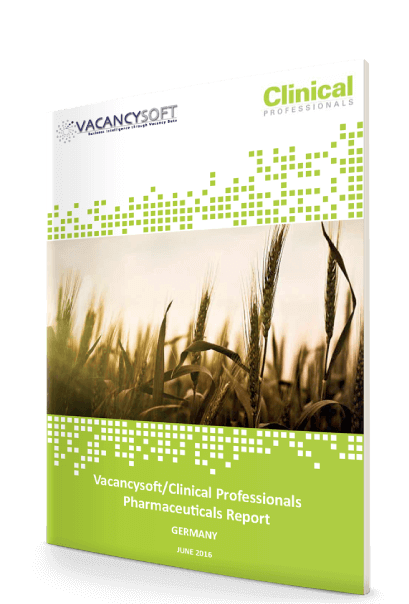 Looking at Scientific vacancies in more detail we see that R&D and Quality Assurance roles represent over half the total with 27% and 26% respectively. The strongest year-on-year growth, however, was seen in Medical Affairs & Medical Information roles, with a 70% increase.

Bavaria, with Munich at its centre, was the largest regional market, with a third of all vacancies. This is followed by Baden-Württemberg with 25%, driven by a rise in activity from Boehringer Ingelheim.

Following a particularly weak 12 months to April, CROs accounted for just 5% of the German market. The vast majority, 94% of all vacancies, were in established Pharmaceutical companies.