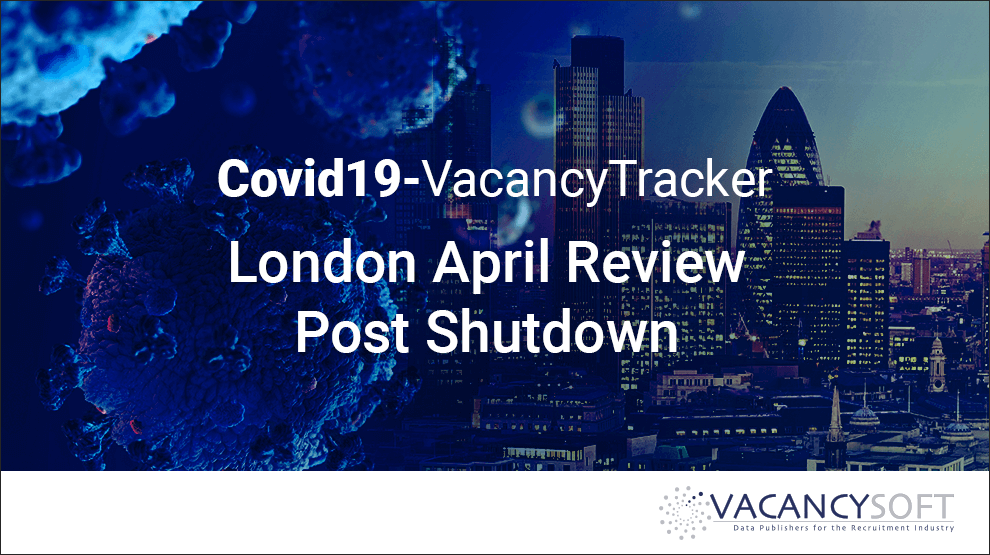 As the Covid19 crisis continues, the immediate impact has been seen in the almost instant recruitment freezes. To help recruiters have a better picture of the macro economic outlook, we have compiled analysis of the London market, spotlighting professional vacancies posted on company career portals (not job boards) with salaries of £40k+ or more, as an indicator of underlying confidence. With that, we can see the following: 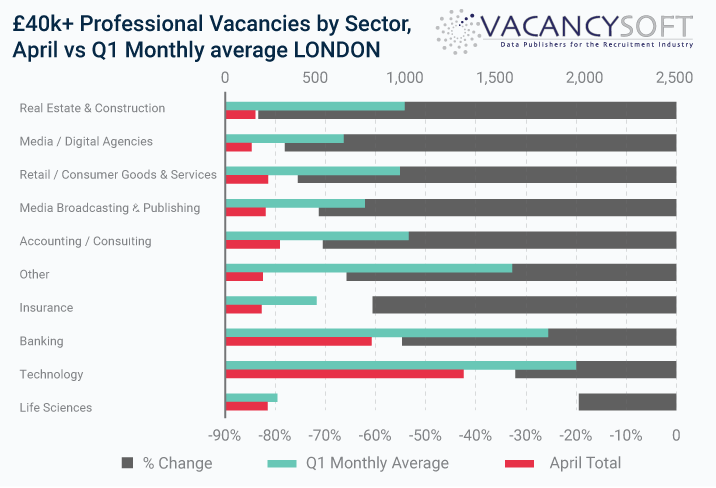 Anecdotally, the feedback from the people we have spoken to is that the immediate freeze is thawing, insofar that offers are being made, albeit with delays on start dates. With that, businesses will then need to look at how they resume their operations especially now the Government has announced their intention to phase out furloughing and to re-start the economy.

For more information about any of the above please contact us.