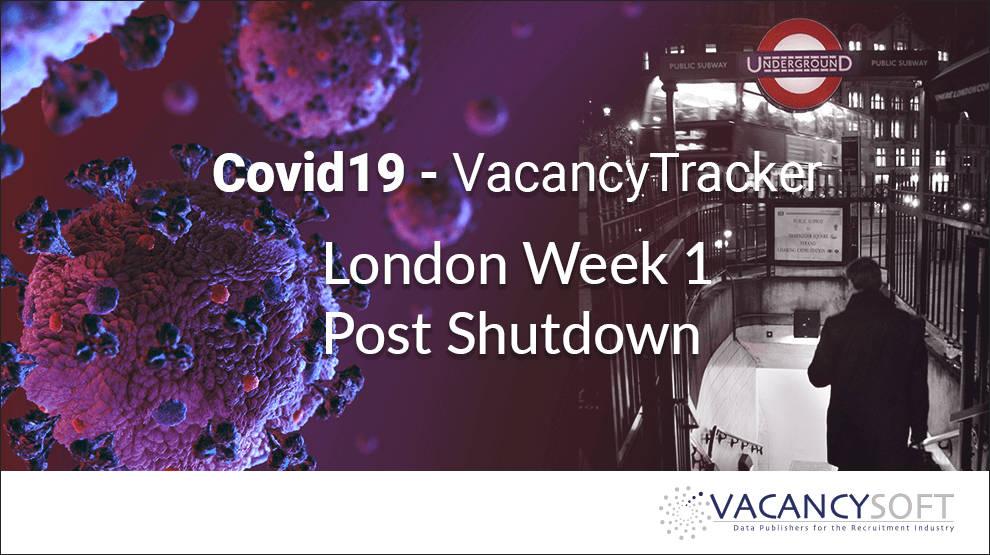 The implications of Covid19 are yet to be fully understood for the economy, yet already what we have seen is a widespread slowdown, where according to a study conducted by Bank of America, as many as 11 million people (when including those furloughed) are now not working as a result of this. For context, at the beginning of march, the total was 1.6 million. At the same time, the impact for business is also being seen in terms of hiring, with many companies closed down, whilst with those still operating, the critical business challenge is how best to operate. With that, unsurprisingly, there has been a significant slow down in recruitment activity, where in order to better inform the market, we have been tracking each day the volumes of vacancies appearing in the London market, by sector. From analysing the data from the first week since the shutdown, we can see the following: 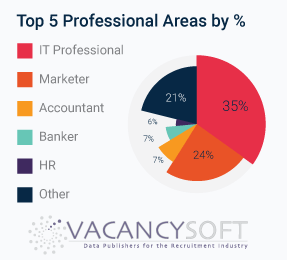 By job area, we can see the importance of IT even more starkly illustrated, with IT absolutely dominating, accounting for 35% of all new professional, managerial and technical vacancies. For context, whilst IT has always been a big area, it would also normally not be more than 10% overall. Therefore the key takeaway is that companies hiring, are less likely to pause recruitment on IT roles.

Next week we will be looking to see how activity has been in week two post lockdown and where the biggest changes have been. Will volumes pick up or is activity set to stay at these levels for the lockdown period. Also which sectors will see the biggest changes? What other hotspots may emerge?

Otherwise, for more information feel free to get in touch.