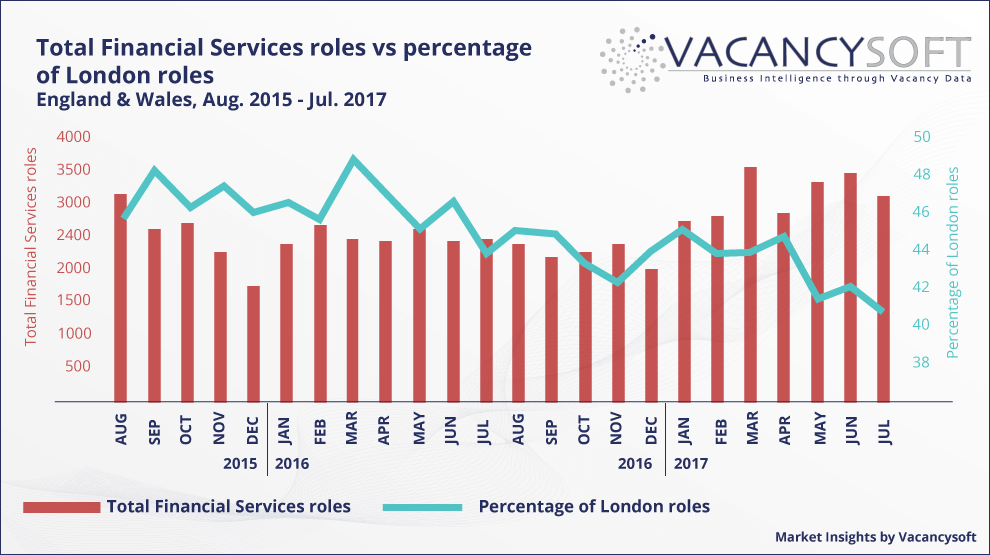 Last month TheCityUK and PWC released a report titled ‘A vision for a transformed, world-leading industry’. The report outlines a scenario in which the GVA of the UK’s Financial Services industry grows by 9% by 2025 from its current size, primarily by maintaining industry competitiveness nationally and internationally, and by emphasizing innovation in FinServ and FinTech while factoring in the challenges posed by Brexit.

One of the factors the report counts on for this success is regionalisation. It predicts “70% of this additional output will come from cities outside of London”, referring to the projected increase in GVA. Cost optimisation is given as one of the key factors in retaining industry growth, and setting up financial centres outside of London offers a direct cost advantage as compared to London. This is a well-known and often utilised fact, with HSBC’s head office relocation to Birmingham being just one example. Consequently, the regionalisation of FinServ is a factor which is spurring demand for specialists outside of London.

Vacancy data confirms that these trends already exist: while net FinServ vacancy volumes have been on the rise so far in 2017 (up by 25% between January and July this year compared to the same period last year), the percentage of London-based jobs was down, with London for 43% of all FinServ jobs in England & Wales between January and July 2017, versus 46% in the corresponding period last year. The months of May through July 2017 are good examples of this trend, as they make up the busiest three-month period within the entire dataset, with average volumes per month 30.1% higher than the average month in the entire dataset. However, the proportion of London-based roles during these three months was an average of 41%, compared to 45% in the average month in the entire dataset.

The report lists the Midlands, the North East, and Yorkshire & the Humber as the regions with the highest predicted growth. Looking at vacancy data, we find that these regions saw a 22.8% net increase in FinServ vacancies between the most recent 12-month period and the preceding 12-month period, while such vacancies in England & Wales overall saw period-on-period growth of 10.7%, and with London growing by only 3%.

Trends visible in the data at the regional level contradict some of the forecasts made last year suggesting that operations in the industry will relocate from the UK en masse. However, if visions like the one described by TheCityUK and PWC are realistically applied, we could see a change in forecasts, and the industry may go into the next decade in a winning position.