The UK could revoke Article 50 unilaterally 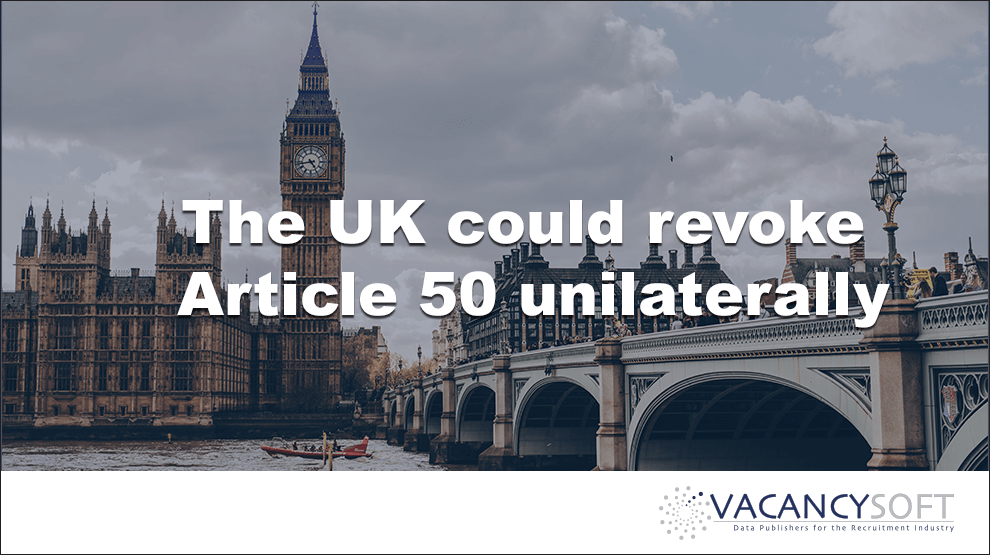 It is worth remembering that the withdrawal agreement has now been negotiated and is broadly agreed on all sides, what is causing the issue, is what the state of the relationship should be, once the withdrawal period comes to an end. Whilst this is as of yet unclear, in order to avoid a no-deal Brexit, now is the time for Parliament to decide. To do this, the following steps are necessary:

At this point, the outcome is unclear, but one thing the UK should be thankful for is the independent court case, that clarified that the UK could revoke Article 50 unilaterally. What that means is, that regardless of the political challenges, in the event the UK makes the decision to do another referendum, as a worst case, the Government could revoke Art 50, call another referendum on the TM deal with remain being the counter option and leave straight after on the basis of the withdrawal agreement if the decision is to leave, regardless of what any official or country within the EU thinks.

With that in mind, one could say, Parliament remains sovereign with all options open. Roll on March 29th…