What’s next for Pharmaceuticals in Europe?

What’s next for Pharmaceuticals in Europe? 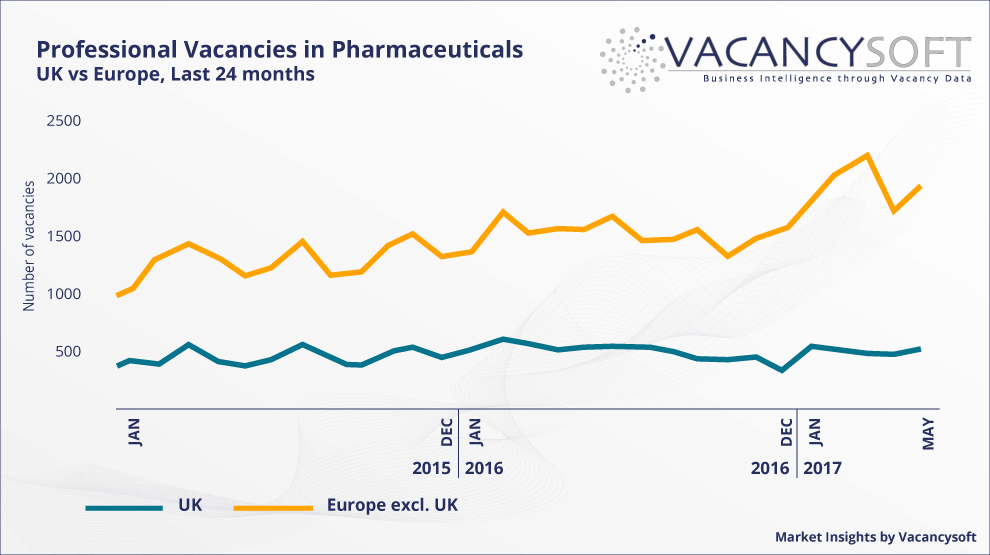 Following the triggering of Article 50, the general election, and the first round of Brexit talks, the economic outlook for the next few years is beginning to take shape. Pharmaceuticals, one of the key common markets between the UK and the EU, will also be one of those most significantly affected, due to numerous challenges that result from the specifics of the UK-EU relationship.

Jianwei Xu, writing for the Bruegel think tank, noted that “Any disruption is likely to lead to a geographic reallocation of the pharmaceutical industry. This can be detrimental for the UK but could be an opportunity for substitutive countries taking on this business.” The think tank lists some of the direct effects Brexit may have on the UK’s pharmaceutical industry, which could include drug price rises should supply chains be disrupted by establishing border controls, and a decrease in available talent if European pharmaceutical corporations focus business in alternative countries such as Germany, combined with work visas possibly being needed to work in the UK.

Other challenges for Pharmaceuticals companies in the UK, according to Combined Media, may include losing EU funding for R&D. Furthermore, the European Medical Agency (EMA) is set to leave the UK, physically and jurisdictionally, which is due to result in a regulatory mismatch between the EU and the UK, the effects of which may, for example, cause delays in the introduction of new drugs.

Over the past two the trends in professional pharmaceutical vacancies in the UK and the rest of Europe have been gradually growing apart: the former has been flatlining while the latter grew rapidly. However, the post-referendum activity has been most notable: the professional vacancy count of mainland Europe (including Ireland) in Pharmaceuticals grew from being three times that of the UK in May 2016 to four times as big in May 2017. The peak month was March 2017, when the EU professional vacancy market was 4.73 times larger than that of the UK. The post-referendum growth was continuous from October 2016 to March 2017. In the same time-period, UK volumes stagnated, with only a minor spike in January 2017.

Vacancy patterns and market forecasts both point to a situation in which professional vacancies in Pharmaceuticals drift outside of the UK to continental Europe. The rhetoric of the Brexit negotiations we have seen so far suggests they may end in a hard version of the divorce with not much compromise on either side. In this scenario, pharmaceutical recruiters focusing on the most likely locations of growth, such as Ireland, Germany, or France, would prove most effective.