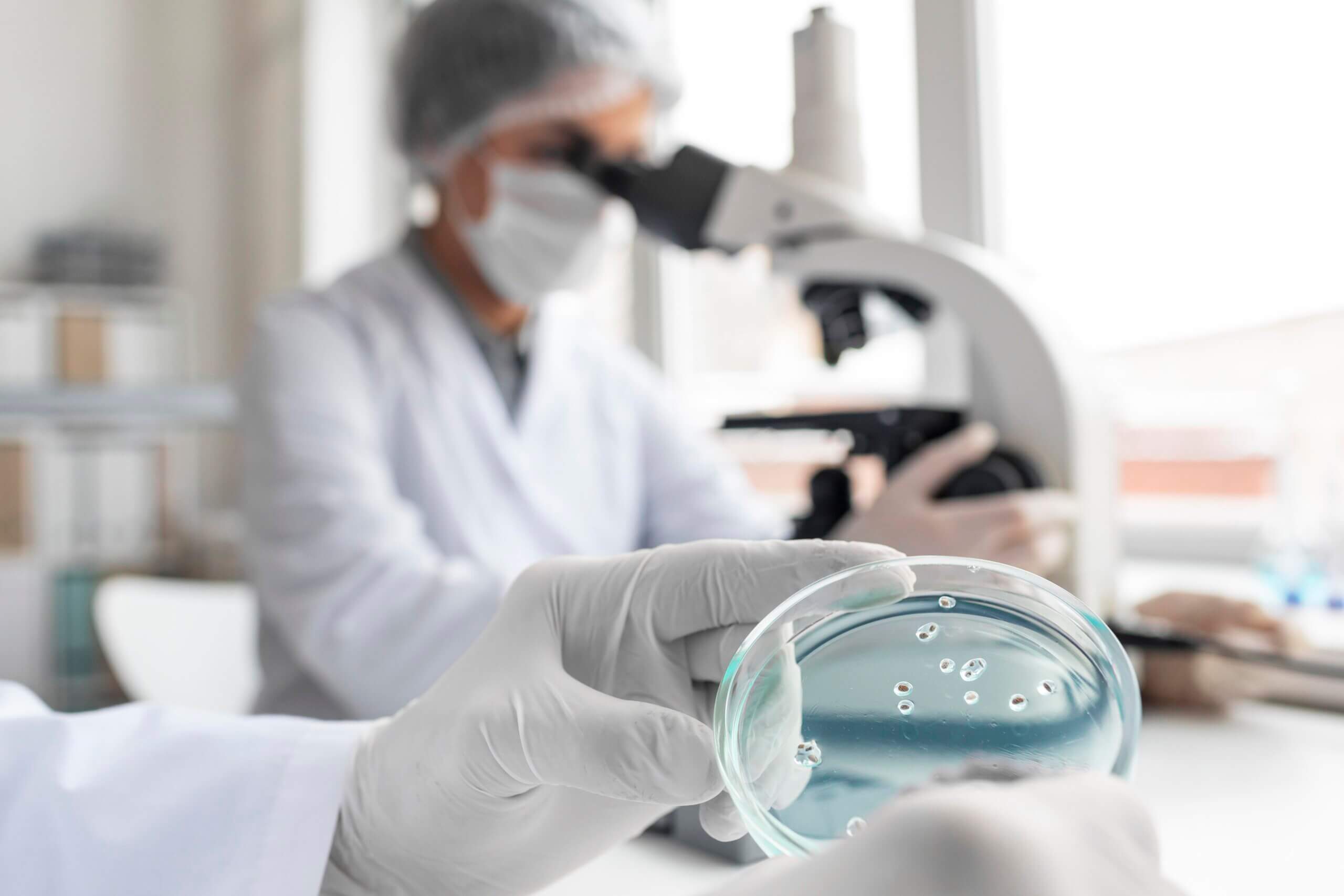 Life sciences firms in England and Wales are hiring R&D and laboratory scientists in record numbers as the government continues to champion the UK abroad as a global life sciences hub post-Brexit, new research shows.

According to a report by specialist recruiters Cpl Life Sciences and data analysts Vacancysoft, the sector overall enjoyed a buoyant and record-breaking year in 2021, with levels of all new jobs growing by 37% year-on-year. Scientific recruitment for R&D, clinical, and management vacancies grew by 70%, 88% and 86% year-on-year, respectively — reaching new milestones for industry hiring.

At over 1,100 vacancies, laboratory roles made up the bulk of the new jobs, accounting for 17.3% of total scientific hiring. This represented a 100% year-on-year rise, and a 192% surge compared to pre-pandemic levels. The fastest year-on-year growth was experienced by hiring for scientific professionals in clinical management (210%), clinical operations (167%) and microbiology (162%).

“The UK demonstrated throughout the pandemic how effective it can be when industry, academia, government, charities, and the NHS all work together. One of the clearest measures for the achievements of the life sciences sector — one of the dominant knowledge-based economic sectors in Britain — is through the prism of numbers of jobs on the market.

“Central to the government’s Life Sciences Vision is a focus on cultivating a business environment where firms can access finance to innovate and grow, are regulated in an agile and efficient way, and are incentivised to onshore manufacturing and commercialise products in the UK. For this vision to transpire, each life sciences organisation must also step up with tangible investments and actions in training for future skills.” 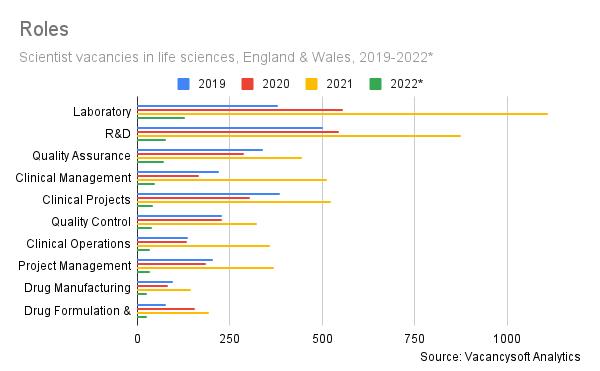 Labcorp, Astrzeneca & Eurofins published the most scientific jobs in 2021

Labcorp Drug Development was the busiest recruiter of scientists in 2021, publishing 755 new vacancies (87% year-on-year). Astrazeneca, in second, published nearly 720 jobs, a rise of 51.2% year-on-year. Recruitment at Eurofins was up 120% year-on-year; the firm is fastest out of the traps in 2022 with 90 scientific vacancies.

A breakdown by sector shows that the majority of new scientific jobs are in CROs, which published over 4,000 in 2021, a rise of 87% year-on-year and 60.5% up in relation to 2019. CROs accounted for 42.4% of these vacancies, a proportion that grew 3.2 percentage points compared to a year previous.

Second is the pharmaceutical sector, which published just over 3,700 vacancies (55.4% year-on-year, 53.2% compared to pre-pandemic levels). Recruitment in biotechs, meanwhile, was the only to experience growth in the first year of the pandemic, rising by 32.7% year-on-year. Consequently, it showed the biggest recruitment surge in 2021 in relation to 2019, up by 144%.

The South East dominates the hiring landscape for scientists in life sciences, with firms in the region publishing over 3,000 new jobs, representing a rise of 75.8% year-on-year. In second place for vacancy volumes is the East of England, where recruitment rose by 69.3% year-on-year.

In third is the capital, London, which experienced 117.5% year-on-year growth, the third highest behind Wales (133.9% year-on-year) and Yorkshire and the Humber (139% year-on-year). London made the largest gain in share out of the regions, its proportion of scientific hiring rising by 3.2 points in 2021.

“It’s also positive to see the government taking assertive steps to strike deals and agree on investments that will help establish the UK as a global hub for life sciences post-Brexit. If these hiring levels can maintain their trajectory, the industry is in for another blockbuster year. But it needs to address the talent shortage and find ways to fill this abundance of vacancies.”