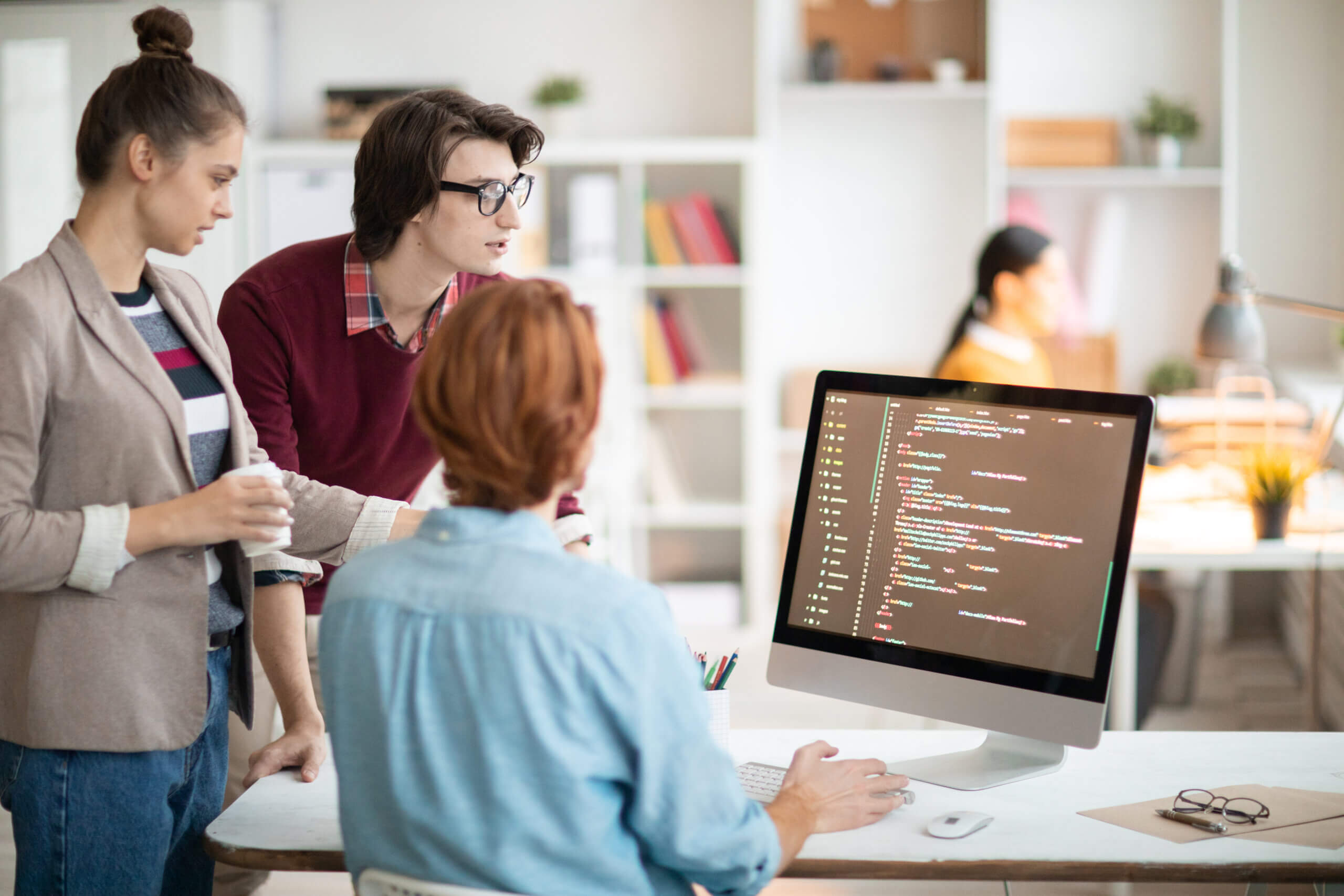 Vacancies for IT professionals continue growing unabated in 2022 as UK tech firms urgently search for developers and engineers to maintain their record-breaking momentum of the last 12 months, a new report says.

According to global recruitment consultancy Robert Walters and data analytics firm Vacancysoft, some 7,200 tech vacancies were published by technology, media and telecoms (TMT) firms in England & Wales in January, a rapid start that constitutes a 51.8% rise compared to average monthly numbers in 2021.

Monthly jobs for IT developers and engineers, meanwhile, broke the 2,000-mark for the first time in January, a level constituting 28.5% of all tech jobs in TMT — and representing a 21% rise against 2021’s monthly average. Last year, recruitment for these experts rose by 90% year-on-year and 80.6% compared to pre-pandemic levels.

“Jobs in IT development and engineering look likely to maintain their place as the most in-demand in British tech, especially in an industry that is constantly innovating and where solutions are endlessly evolving.

“However, the industry needs urgent support from the government to maintain its record-breaking momentum, particularly when it comes to IPOs. Reforms to the UK listings regime need to speed up. We must avoid situations where domestic tech companies and VC groups go abroad to float and raise money.” 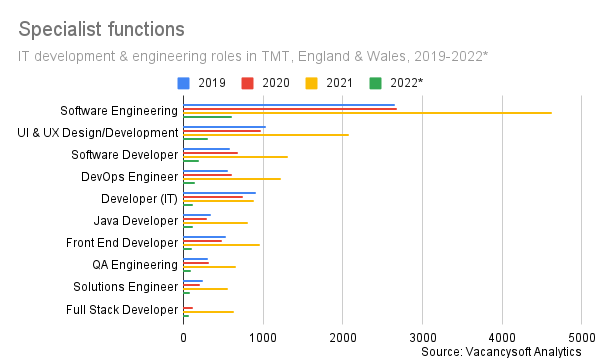 The fastest growth out of specialist development and engineering functions was experienced by jobs for full stack developers, with hiring levels rocketing in 2021 by 413% year-on-year. This was followed by recruitment for java developers (175.3% year-on-year) and solutions engineers (164% year-on-year).

Amazon, Sky and Version 1 busiest recruiters of IT devs and engineers

The top TMT firm for IT development and engineering vacancies is Amazon, which published nearly 600 jobs for these specialists in 2021 — a 79.2% year-on-year rise, and 133.3% up on pre-pandemic levels. New jobs at Sky for developers and engineers, in second, were up 116.7% year-on-year.

London is the main recruiter of developers and engineers, with jobs up 101.4% year-on-year in 2021. Manchester, meanwhile, is closing the gap on second-placed Cambridge. In 2019, Cambridge recorded 33.1% more vacancies, a lead it maintained in 2020. In 2021, however, both cities published the same amount of new jobs and as of January 2022, they are almost level.

Birmingham experienced the fastest growth in 2021 with development and engineering vacancies racing ahead by 134% year-on-year. The sharpest rise in relation to pre-pandemic levels was in Newcastle, where TMT firms published nearly 290% more new jobs compared to 2019.