The Brexit end-game. What Now? 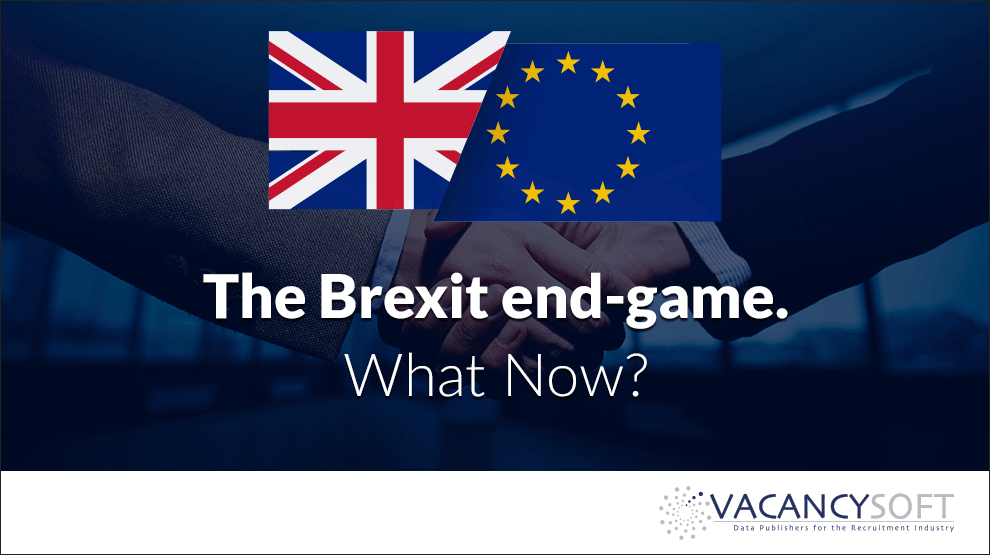 Last month we analysed the most likely outcome of this phase of the Brexit process being an extension of article 50. With this now looking like being the case, the real question is, what will happen after that and what will that then mean for the UK economy and jobs?

As commented on before, the formation of the single market was a British initiative, designed to accelerate direct foreign investment by enabling non EU corporations to use the UK as a springboard into European markets. The distinction between the UK and say France or Germany, is that in the case of the UK, Thatcher had used monetarist doctrine to justify either privatising state entities or closing them, if they were not viable, resulting in there being a vacuum to make the UK a viable proposition for foreign companies. Off the back of that, businesses as diverse as Nissan to Google have set up significant investments into the UK.

However that is now at risk. The red lines as outlined by Theresa May would mean that there is no place for the UK in the single market, even though prior to the referendum, Brexiters were adamant that the UK could leave the EU and remain within it. Now that the truth is unfolding, the issue for the UK is that the direct foreign investment is drying up. The reason this is so significant is that the UK has a deficit on its trade, in that we import more than we export, even when factoring services. In order therefore to maintain our balance of payments, this means we need to either attract DFI, increase borrowing or devalue the currency as a way of pricing out imports and increasing the local value of exports.

In an event where DFI drops, this in turn means we need to increase borrowing or devalue the currency. There is no other mechanism to ensure a BOP. Unfortunately this is already becoming a requirement. DFI is down 19% on 2016 already, where for example, just within the Banking sector, 750BN EUROs are being repatriated from the UK to Germany. In Aerospace, the Airbus Chief Executive is warning that there is a real chance that in future they will no longer operate in the UK. Similarly in other sectors, Japanese companies are looking for iron clad assurances, if they are not to do the same. The impact therefore of not being in a customs union is to unwind thirty years of British Industrial strategy in one go. Brexiters talk about project fear, equally the economics dictate that a no deal would mean an immediate increase in borrowing by the Government along with a devaluation of sterling, meaning that every person in the UK would literally be poorer in Global terms as a result. For people like Boris Johnson or Rees Mogg, who are privately wealthy, this may not matter, but for most families, the economic impact of no deal would be:

Therefore there are only really viable outcomes to the Brexit end-game:

As things stand, the latest mechanisms in Parliament means that the executive is potentially about to lose control of the legislative process, something that would be unprecedented in modern British political history. However such is the determination within Parliament to avoid a no deal Brexit, where TM has refused to give cast iron assurances that she will prevent a no deal, that this is now taking place.

What this means is that the TM deal is now probably dead. Parliament will table a series of Brexit outcomes, where allegiances are now changing into being defined by Brexit as opposed to political party. Analysed this way, there are broadly four groupings within Parliament:

So in the game of dividing four into three, the only outcomes that can command the confidence of the commons is either another referendum or the EFTA + customs deal. At this point it is impossible to say which will end up happening, but what is clear, is that the chance of there being a hard Brexit is diminishing by the day. As evidence for this, look for the FOREX of USD v GBP over the past three months. This provides a useful indicator into confidence into the long term economic performance of the UK. With this what we see is that over the past month, GBP has appreciated from 1.2 USD to 1.3 USD where this can be solely attributed to greater confidence that the UK will not crash out the EU without a deal and the deal that emerges, will not be damaging for the economy.

What this means therefore for the mid term is that once the UK gets through this final period of political volatility, we would expect the economic fundamentals to stabilise, GBP to appreciate further, FDI to improve again and economic growth to pick up once more, leading to more jobs in the UK economy.