What does game theory tell us about the next phase of brexit? 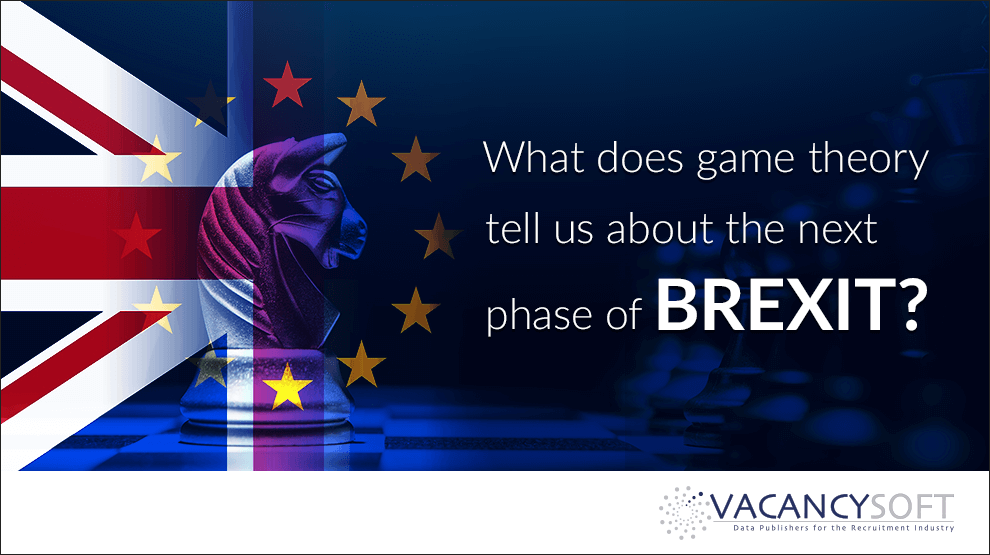 Game theory is often used in business as a way of conducting strategy and planning, through mapping out interactions and outcomes between key decision makers. Normally it is meant to be analysed through a prism of self interested rational decision makers. In this context, whilst one can question the rationality of certain parties, it is still worth analysing what outcomes are most likely within a game theory model.

The first big point is whether this constitutes a symmetric or asymmetric model. In a symmetric model, everything is zero sum. Therefore the relationship between the Labour Party and Conservatives should be considered as such. The success of one is at the expense of the other.

An asymmetric model means that it is possible through collaboration for everyone to gain. This model is arguably most applicable to say the relationship between the UK and EU, i.e. a no deal Brexit would damage all sides.

So in the next instance, let’s analyse who the stake holders are:

As an extra point of information, it is also worth noting that due to the 2012 elections act, a vote of no confidence in the Government can only be passed if 66%+ of the MPs vote for it. (This quite literally means a Government can hobble along indefinitely without passing any legislation, for the duration of the parliamentary term, where no legislation gets passed and nothing happens. However this legislation is untested within the context of a budget. The first duty of a government is to propose a budget that Parliament approves. In the event of a Government being unable to pass a budget, but still have sufficient support to remain in power, it is unclear what would happen.)

As a next step, lets apply the following logic. If we assume the primary motivation for a political party is power / influence to implement the policies they want, where their ability to do that, defines their success we see the following:

This all looks quite messy but actually the step by step process is pretty clear.

May goes back to Brussels and secures some additional concessions. (remember, the asymmetric nature of the UK / EU means there is benefit to do so) The question is whether they will be sizeable enough to win over either the remainder of her party, DUP or Parliament generally.

May puts the revised deal in front of Parliament, if it passes, she wins and the saga is over (for now.) If not, May has a choice between the following:

i.      Parliament allows the Gov’t to run down the clock. The UK leaves the EU with no deal. This is the only scenario I can’t envisage.

ii.      Instruct Govt to revoke Art 50. Would be incredibly divisive and controversial. Also very unlikely, TM forces another election on this point where she fights a campaign on her plan and why revoking art 50 would be a betrayal. Ugly.

iii.      Parliament instructs the Gov’t to seek EFTA membership. Despite this honouring the referendum result, due to TM being opposed to free movement, this leads to a collapse in Gov’t. It is too big a defeat for her, so there ends up being an election, where she fights on a campaign of her plan and why FoM is wrong. Ugly.

iv.       Parliament instructs the Gov’t to seek a referendum on her deal, where they will approve it only with Public backing. Sterner is already on record as stating they would be ok with this approach, so this would command Parliamentary support. The only question then would be what is the counter option, which probably will come down to the position of the Shadow Gov’t.

So in conclusion, what game theory tells us about the next phase of Brexit, is that:

Time for the Labour Party to show their hand.