What would be the best Brexit for Jobs? 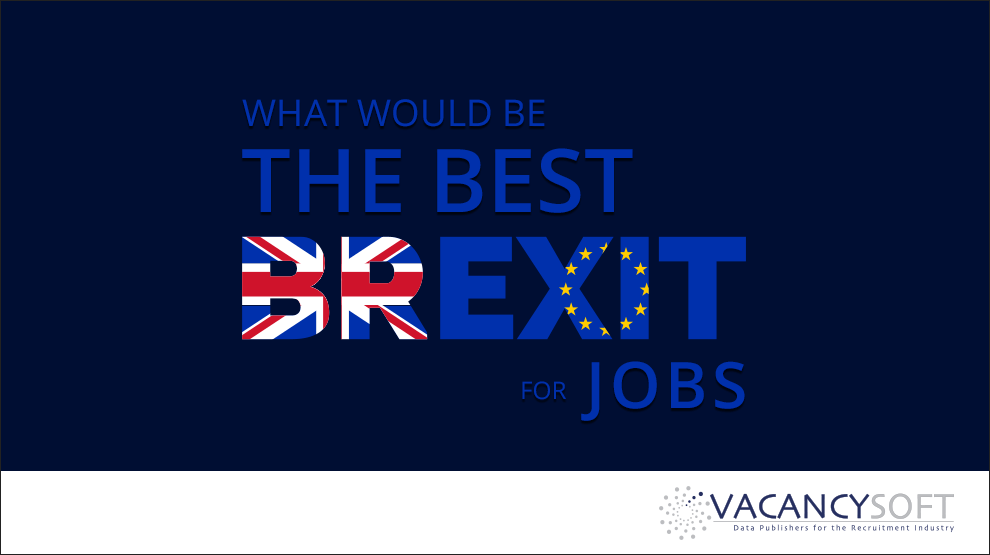 As we approach the Brexit end game, increasingly minds are focusing on what the optimal outcome is. For the recruitment industry, a Brexit that enables job creation and investment is critical for the continued buoyancy of the sector, therefore assuming the UK does leave the EU, it is worth reflecting on the options and what they may mean for recruiters.

The Bank of England recently published their withdrawal analysis, where they provided models based on potential outcomes where their findings were as follows:

Another factor worth considering is the impact of the industrial reforms by Thatcher. As a consequence of de-industrialising and closing down British industry en-masse, the UK ended up with huge swathes of structural unemployment across the midlands, north and Wales. The way the UK Government sought to compensate was through attracting direct foreign investment. The way the UK Government sought to do this was through creating the EU single market. Remember it was a British initiative, designed so that Non EU corporations could invest into the UK as a base for European operations. To that end it was incredibly successful, where there are now more non EU corporations with their EU HQ in the UK that in the rest of the EU put together. The UK leaving the single market puts this at risk, hence the slow bleed of jobs and investment over time that Carney is referencing. Conversely, these businesses being based in the UK results in higher employment and corporate taxes which more than compensate for the fees paid into the EU.

However, there is no perfect outcome to the current set of circumstances. The EU itself is now changing into something it was not the last time the UK had a referendum on this subject. The EEA was a trading block only. The UK has only ever had one referendum on its EU membership and that was declined. We can argue that maybe there should be another, equally perhaps the best outcome would be to have all the economic benefits of EU membership through EFTA, whilst making our politicians impotent and unable to do any further damage to the UK economy. Anyone remember Cameron stating the Conservatives stood for strong and stable government? Good joke that one. Maybe now the joke should be on the other foot.