What can recruiters apply from the sporting world? 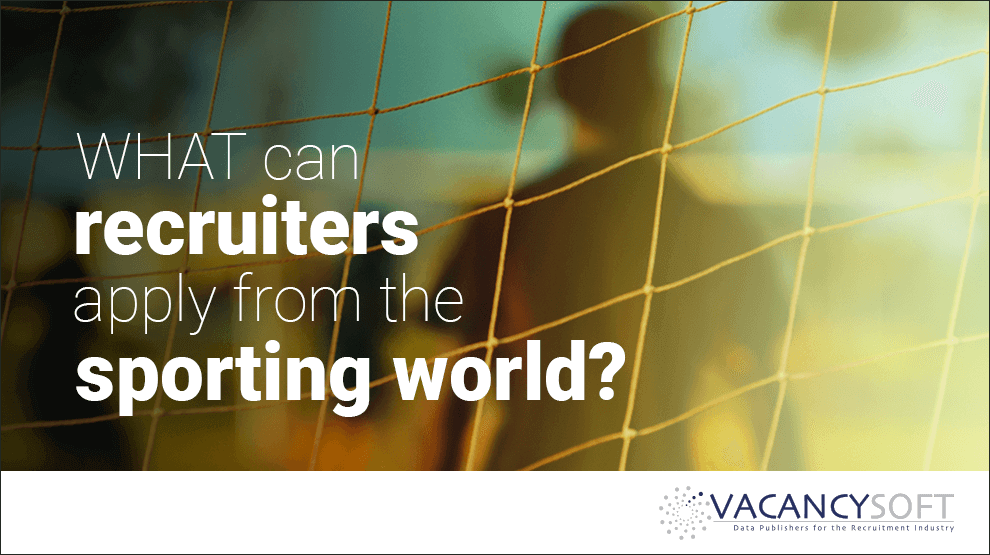 Recruiters will know all too well that whilst the rewards for success are great, often one can work hard to deliver, do everything right, yet still end up . The competitive nature of the recruitment arena means any advantage is of interest, as success can be determined by the smallest of variables. One other competitive arena where these principles also hold true is the world of sports, so what lessons can we learn from there?

The most successful teams are not necessarily the richest. History is littered with teams where coaches have spent fortunes to assemble a dream team yet fail to deliver. Think Newcastle under Kevin Keegan, backed to the hilt with an team, yet failed at the final hurdle. Leicester winning the title under Ranieri was indicative of excellent strategy. He approached the season knowing exactly how he wanted the team to play, signed players to fit in the system and every week looked to see where deviations were happening and looked to address those, famously taking the team out after a 0-0 because for him, the discipline of getting a clean sheet was worth celebrating. Everyone knew their role and trusted in each other to deliver. In the same way with your team, know your plan. How do you plan to hit your top billing target for the year? What is involved? How realistic is it? If you deconstruct your plan for flaws, what can you do to neutralise or compensate for each issue?

George Graham was never known as being the most flamboyant coach. Indeed under him, Arsenal became famous for the refrain of 1-0 to the Arsenal! Along the they won two titles along with various other trophies. During that time Ossie Ardiles became coach of Tottenham, where they became famous for their attacking football, with high scoring wins being their trademark, equally they won nothing. The lesson being sometimes we make things too hard for ourselves. Clients may appreciate an account manager who can analyse their needs in advance and be proactive on their behalf, but what matters more than anything else is sourcing candidates they would want to hire, so focus on that first and foremost. If you have a great relationship with a client on a personal level but they are not able to give clarity as to why decisions are being made, disengage and work with clients who will. Having this ruthless mindset will mean when positions emerge you are in a better place to fill the roles.

Rafa Benitez is one of the most respected coaches in European football, having won La Liga titles with Valencia and the Champions League with Liverpool. Yet no one is realistically expecting Newcastle to win the league next season, let alone finish in the top four. a finish would be seen as a credible achievement and something to build on. Similarly in your team setting unrealistic targets will only damage morale. Where possible make people accountable for targets through negotiating those targets with them, giving them the opportunity to put forward any issues they see that may prevent them from succeeding. If you asked every person on your team to outline one controllable variable that prevents them from success, what would they say? Engage with them challenging the mental limits they place on themselves and encourage them to operate beyond them.

Over the last ten  Vacancysoft has worked with recruitment firms of all sizes to help them map out market activity in order to identify changes in demand. For more information about how we can help, please contact us.