Why do long term employees end up being underpaid? 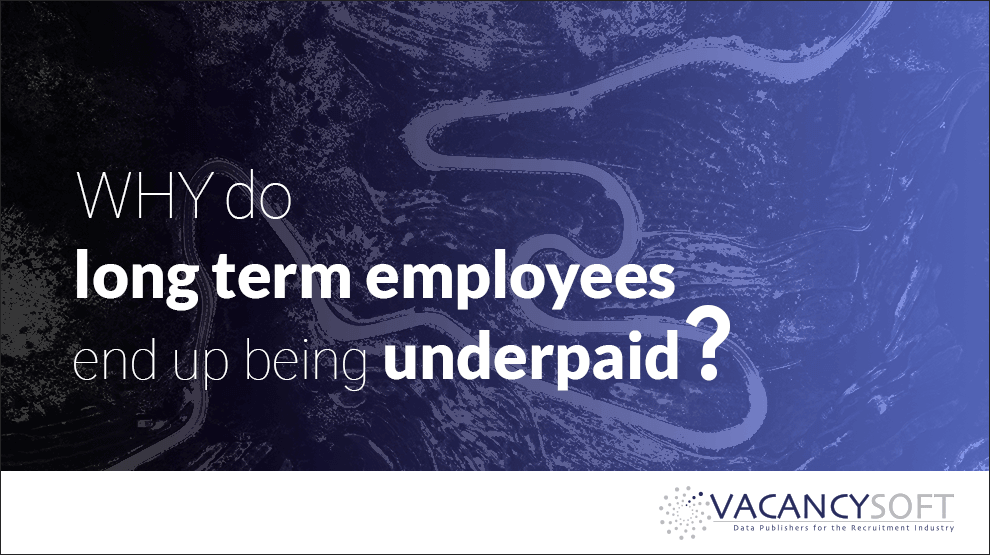 With the latest release from the ONS showing a record level of employment, salaries are now increasing, where increasing numbers of businesses are revealing a gender imbalance when it comes to compensation. Against this backdrop, the phenomenon of underpayment of staff continues. Why does this happen and how can someone who doesn’t want to change their protect their salary to keep it in line with market rates?

Firstly, there is a danger that the company doesn’t match inflation. This is what has happened in the public sector over the last decade. Put simply, if every year the cost of living increases by 2% and salaries do not rise by an equivalent amount, over time this actually amounts to a pay cut. There are two measures of inflation, the RPI and CPI, factor that in the words of Mark Carney, the governor of the Bank of England, RPI is a less useful measure than the CPI, so use that as your benchmark. If you have been at your company for several years, has your salary kept pace with CPI? If not, you have effectively taken a pay cut since you joined…

Secondly, most businesses will look to keep salary costs as low as possible, so will offer as much as they have to, in order to secure talent and after that will keep pay rises to a minimum. However, nothing happens in a vacuum and in the meantime, the market may have determined that the value for that role has changed. Realistically, if the value has decreased, the role would be made redundant as part of a restructuring, therefore, it within a horizon only one of two outcomes are possible, that the person holds equivalent value to when they joined, or that their value is greater. Given the company is going to look to keep salary costs down, if the value is increased, the challenge is having that reflected in a pay rise.

If someone has worked at a company for a long period of time, it is easy to undervalue the additional value earned whilst in the job through incremental experience earned and general market awareness, not to mention the intrinsic value that comes out of knowing the company’s processes and systems. Also when analysed over a longer period of time, it is highly unlikely that a person’s role remains static. Realistically as the person gains more experience and expertise typically they will be given more responsibility. Sometimes formally, other times organically. Quite often it happens through a process of organic encroachment, i.e. a senior manager will start delegating more and more tasks that were never part of the initial job specification, but now form a part of to day responsibilities. This then begs the question, how much does your current role match your job specification when you first joined and if there are significant changes, was that discussed in a structured way or has it happened organically?

Factor the real creep on earnings is unpaid overtime. If a business has a culture where people are expected to work over and above their contract hours in order to perform their duties then either there should be a bonus structure that rewards for that, or there should be a clearly stipulated overtime rate. One way people allow themselves to be underpaid is to be an environment where they have to work longer hours than legally required for no additional income. That is easy to spot but requires discipline to eliminate. Too often employees make the problem of the company their problem and martyr themselves, working extra without reward and end up being underpaid as a result.

For people who are unsure, information is getting easier to obtain. Tools such as glassdoor provide accurate guidance on current salaries on the basis of anonymous feedback, so for people not sure, it is worth checking. If there is a big discrepancy, don’t wait until the next formal review. request a formal meeting and in advance, email your viewpoint with as many facts as possible. Keeping your LinkedIn profile up to date and marked as interested in receiving job offers will mean that you have a stream of information direct from recruiters also. You may be pleasantly surprised how much more you could earn if you open your eyes to the options

r the last ten  Vacancysoft has worked with recruitment firms of all sizes to help them map out market activity in order to identify changes in demand. For more information about how we can help, please contact us.